I’m excited to be part of the Fantastic Flying Book Club’s blog tour for Melanie Dickerson’s new novel The Peasant’s Dream.  I’ve read several of Melanie’s book and love that many of them are fairytale retellings. So when I saw that the FFBC was doing a book tour for her new book, I knew I wanted to be part of it.

Synopsis:
In this reverse Cinderella story, a poor farmer’s son, who dreams of using his talent as a woodcarver to make a better life for himself, falls in love with a duke’s daughter and must fight for a chance to win her heart.
Adela is the youngest daughter of Duke Wilhelm of Hagenheim and is never allowed outside of the castle walls. She loves her family, but she sneaks away one day to the market in the town center. There she meets a handsome young man and wonders what it might be like to fall in love with a poor farmer with a kind heart instead of marrying the man her family is suggesting for her.
Frederick earns the income for his family and defends his mother from his father’s drunken rages. He also uses his talent and creativity to carve figures, animals, and scenes into wood, and he’s asked to carve these scenes into cathedral doors when his talent is noticed. Frederick is inspired by the sweet and beautiful Adela, but he has no knowledge of her true identity. When he gets swept up into a plan to kidnap the duke’s daughter, both are shaken by what they learn about the other.
With the heartbroken Adela resigned to an arranged marriage with her noble suitor, Frederick must decide what he’s willing to risk for love.

First off, I like the characters. I connected with Adela on a couple of levels. Like her, I grew up in a big family (though I was the oldest rather than the youngest), my parents were fairly strict so I was somewhat sheltered,  and I always had to urge to go off on my own to do things. I connected with Frederick, because growing up, my family was also poor. I appreciated all the good qualities Frederick had – he was loyal, dependable, and trustworthy, and this is not always the case for YA heroes.

There was a little bit of insta-love or at least insta-attraction, as both Adela and Frederick couldn’t stop thinking about one another after having only met once, and with hardly any conversation between them.

I enjoyed the way Melanie seamlessly weaves her faith into this story, as she is able to do with all of her stories. I liked the gender reverse fairytale spin, and of course, I’m always  a sucker for happy endings! This is a clean YA, so it’s suitable for younger teens and even pre-teens. Fans of Jessica Day George’s books and of the movie Ever After will enjoy this book (there’s no magic, but there’s a lot of interesting historical tidbits included). 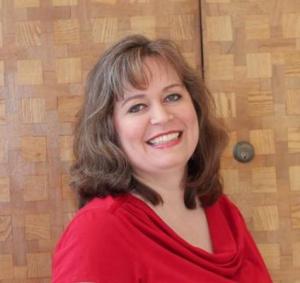 Melanie Dickerson is the New York Times bestselling author who combines her love for history, adventure, and romance. Her books have won a Christy Award, two Maggie Awards, The National Reader’s Choice Award, the Christian Retailing’s Best Award, the Book Buyer’s Best Award, the Golden Quill, and the Carol Award. She earned her bachelor’s degree in special education from The University of Alabama and has taught children and adults in the U.S., Germany, and Ukraine. Now she spends her time writing stories of love and adventure near Huntsville, Alabama.
SIDENOTE: If you’re interested, several years ago I did an interview with Melanie along with a review of The Captive Maiden.

View all posts by charityrau 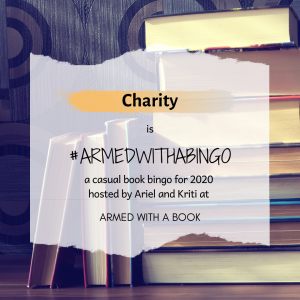